Taiju with Senku and Yuzuriha. 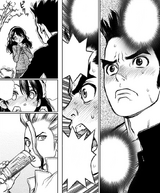 Taiju about to confess to Yuzuriha. 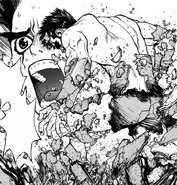 Taiju breaks out of petrification.

Taiju aspires to depetrify everyone with Senku.
Official Artwork 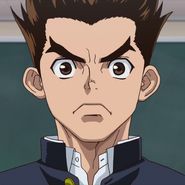 Taiju freed from the stone.

Taiju promises Yuzuriha that he will save her.

Taiju acts as a shield for Senku.
Vs. Tsukasa Arc

Retrieved from "https://dr-stone.fandom.com/wiki/Taiju_Oki/Image_Gallery?oldid=23451"
Community content is available under CC-BY-SA unless otherwise noted.