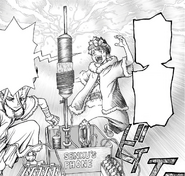 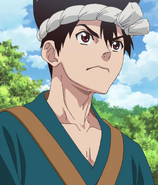 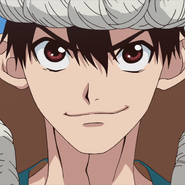 Chrome appears on the scene!

Senku and Chrome clash in a battle of "sorcery".

Showing Senku his collection, instantly having become friends with him.

Being saddened by the revelation that the civilization humanity spent millions of years building up was destroyed instantly by the petrification.

Chrome agrees to help establish the Kingdom of Science.